Sunday was a great day off at my parents in Placerville. Had mom’s homemade lasagna and froze some for Monday.
Early Monday, we drove back to my pick-up point in Woodfords, said goodbye to dad and mom, and started over the hill to Markleyville and the climb up Monitor Pass. The climb went from scrub oak, through pines, and finally aspen, topping out at 8314′.
The descent was fun- felt like an airplane coming in for a landing. After about 10 miles of fairly flat riding in the Antelope Valley, it was back to climbing up the Walker River Canyon and over Devil’s Gate Pass at 7519′. After almost 6000′ of climbing, I rolled into Bridgeport and camped about a mile south of town at a fishing camp, where I had a friend join me for the evening: Charlie, the camp caretaker’s dog.
In the morning as I was changing my socks, I was surprised to see my colorful toe. I had smashed it on the bed at my parents as I was getting ready to go Monday morning and it was sore, but because my bike shoes are so stiff and I use the ball of my foot to pedal, it wasn’t too painful. It just goes along with the sprained wrist as a nuisance that will eventually go away.
Tuesday’s ride was a climb up to Conway Summit. At the base of the climb, I decided to stop at an RV park that had a little cafe and fuel up. I ordered a short stack of pancakes but what came out was the largest pancake I’ve ever seen- fully filling the 12″ plate it was served on! With a full stomach, up I rolled.
Topping out at 8138′ the view to the south is filled with Mono Lake. Mono Lake is a large, shallow saline soda in a basin that has no outlet to the ocean. The lack of an outlet causes high levels of salts to accumulate in the lake. These salts also make the lake water alkaline. This desert lake has an unusually productive ecosystem based on brine shrimp that thrive in its waters, and provides critical nesting habitat for two million annual migratory birds that feed on the shrimp.
As I descended, the wind off the lake really picked up and before I knew it I was down to 4 mph as I climbed by the lake and up to Lee Vining.
Each of the next few days include thousands of feet of climbing. I pedaled up Tioga Pass in 1986 on a road bike while training for the Badwater to Whitney ride; it will be interesting to try it fully loaded with a touring rig. 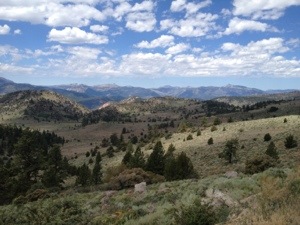 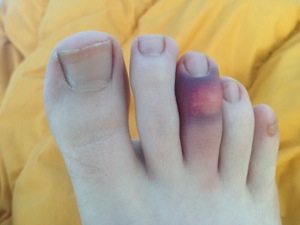 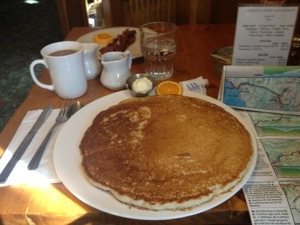